Houston, recount the Wakatsuki family's internment at Manzanar War Relocation Center, one of ten concentration camps devised by President Franklin Roosevelt's Executive Order following the Japanese surprise bombing of Pearl Harbor on December 7, To some readers, the book is an introduction to a thorny era in their country's history, a time of deprivation of rights without due process forJapanese Americans. Jeanne's reliving of intimate, painful details provides what no historical account can — a view of life for 30, Asian Americans in a stark, concentration-camp atmosphere on the rim of California's Mojave Desert. The factual narrative follows her through three decades of silent denial to adulthood, when she is, at last, able to reveal the misery, the degradation of her family and race, and exorcise Manzanar with an act of public enlightenment.

Manzanar Jeanne Wakatsuki the book's narrator is a Nisei child of a Japanese immigrant.

Her father, a fisherman who owned two boats, was arrested by the FBI following the Pearl Harbor attack on December 7, Soon after, she and the rest of her family were imprisoned at Manzanar an American internment campwhere 11, Americans of Japanese ancestry and their immigrant parents—who were prevented from becoming American citizens by law—were confined during the Japanese American internment during World War II.

Ko Wakatsuki Jeanne's father emigrated from Japan to Honolulu, Hawaii and then to Idahorunning away with his wife and abandoning his family. Stubborn and proud, he did not cope well with his isolation: Woody Jeanne's brother wants to preserve his family's honor by joining the U.

After joining and fighting in the Pacific theater he visits his father's Aunt Toyo, who gave his father money for the trip to Hawaii. After the visit, Woody feels a new pride in his ancestry. He becomes the man of the family, leading them early in their internment. 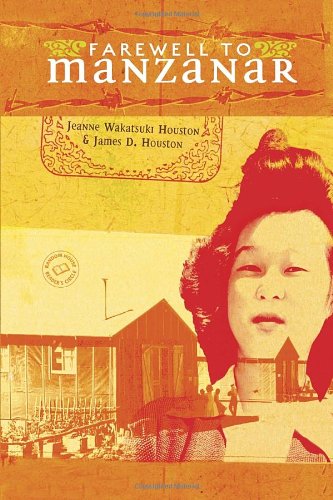 By the time the boats return, news reaches the family that the Japanese have bombed Pearl Harbor in Hawaii. Jeanne's father burns his Japanese flag and identity papers but is arrested by the FBI and beaten when taken to the jail.

On February 19,President Roosevelt signs Executive Order giving the military authority to relocate those posing a potential threat to national security. A month later the government orders the Wakatsukis to move to Manzanar Relocation Center, in the desert miles northeast of Los Angeles.

At the camp, the Japanese Americans find cramped living conditions, badly prepared food, unfinished barracks and dust blowing in through every crack and knothole.

There is not enough warm clothing to go around; many fall ill from immunizations and poorly preserved food, and they face the indignity of non-partitioned camp toilets which particularly upsets Jeanne's mother. The Wakatsukis stop eating together in the camp mess hall, and the family begins to disintegrate.

Jeanne, virtually abandoned by her family, takes an interest in the other people in camp and studies religion with two nuns. However, after she suffers sunstroke when imagining herself a suffering saint, her father orders Jeanne to stop.

He is arrested and returns a year later from the Fort Lincoln Internment Camp. The family is unsure how to greet him; only Jeanne welcomes him openly. She has always admired her father who left his samurai family in Japan to protest the declining social status of the samuraiand fondly remembers how he conducts himself—from his courtship of Jeanne's mother to his virtuoso pig-carving.

Something happened, however, during his time at the detention camp where government interrogators accused him of disloyalty and espionage ; he is now in a downward emotional spiral. He becomes violent and drinks heavily, nearly striking Jeanne's mother with his cane before Kiyo Jeanne's youngest brother punches their father in the face.

The men's frustration eventually results in the December Riot, which breaks out after three men are arrested for beating a man suspected of helping the government.

The military police try to stop the riot; in the chaos they shoot into the crowd, killing two Japanese and wounding ten others. The mess-hall bells ring until noon the following day, as a memorial to the dead.

Soon after, the government requires a loyalty oath to distinguish loyal Japanese from potential enemies. Opinion about whether to take the oath is divided. That night Jeanne overhears her father singing the Japanese national anthem, "Kimi ga yo", whose lyrics speak of the endurance of stones.

After the riot, camp life calms down; the Wakatsuki family moves to a nicer barracks near a pear orchard, where Jeanne's father takes up gardening. Manzanar begins to resemble a typical American town: She explores the world inside the camp, trying out Japanese and American hobbies before taking up baton twirling.

Jeanne returns to her religious studies, and is about to be baptized when her father intervenes. She begins to distance herself from him, but the birth of a grandchild draws her parents closer together than ever.Jeanne Wakatsuki Houston was born in Inglewood, California, in She studied sociology and journalism at San Jose State University, where she met her husband and cowriter of her memoir Farewell to Manzanar, James D.

Houston. For their teleplay for the NBC television drama based on Farewell to Manzanar, they received the prestigious 4/5(9). For Jeanne Wakatsuki, a seven-year-old child, Manzanar became a way of life in which she struggled and adapted, observed and grew.

For her father it was essentially the end of his life.

Jeanne Wakatsuki was seven years old in when her family was uprooted from their home and sent /5(3). © James D. Houston (P) Recorded Books. More from the same.

Narrator. A Discovery of Witches; Jeanne Wakatsuki Houston discusses what it meant to grow-up Japanese in caucasian United States before, during and after the forced internment.

Farewell to Manzanar It appears that most of those are written by school age children who were forced to read the book and do a review, and probably didn't appreciate the cultural significance of the internment /5().